Sun Life Stadium Will See Improvements over the Off-Season

Sun Life Stadium Will See Improvements over the Off-Season:

The Miami Dolphins have just started their push to get tax revenue for massive improvements to Sun Life Stadium, but they have already run into a down and dirty fight with Norman Braman and other leaders who oppose the Fins’ plan.

The latest salvo in the fight came in Tuesday’s edition of the Miami Herald, the news partner of CBS4. The Dolphins fired back at Braman who opposes the stadium, and opposed Marlins Park, in a full-page advertisement. Yikes! Classy fight, gentlemen.

The biggest issue for the Dolphins are the Miami Marlins and Marlins Park.

The Marlins made it incredibly difficult for any team to receive public funding after Miami and Miami-Dade County agreed to fund a majority of the new Marlins Park. The Marlins then responded by having another fire sale of talent that has the team in position to finish dead last.

The Dolphins have been doing everything in their power to make sure to differentiate the Sun Life Stadium improvement deal from the Marlins.

How much is this new Sun Life Stadium going to cost?

If the Sun Life Stadium improvements are approved, there will have been more than $650 million in improvements made to the stadium in the last decade. 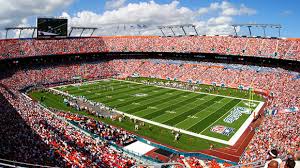 We'll Keep you updated on everything related to the Sun Life Stadium Improvements: